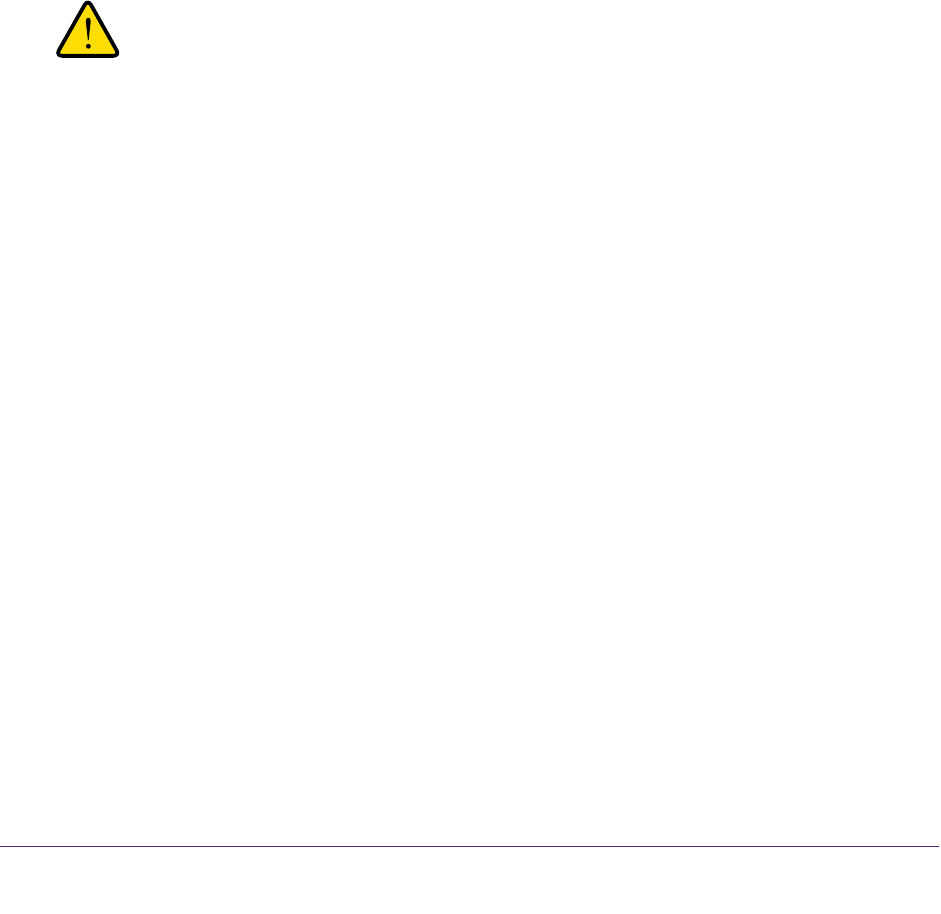 NETGEAR genie Advanced Home
38
N600 Wireless Dual Band Gigabit Router WNDR3700v4
point-to-point applications, or multimedia applications from functioning. Open NAT
provides a much less secured firewall, but allows almost all Internet applications to
function.
• Disable SIP ALG. The Session Initiation Protocol (SIP) Application Level Gateway (ALG)
is enabled by default to optimize VoIP phone calls that use the SIP. The Disable SIP ALG
check box allows you to disable the SIP ALG. Disabling the SIP ALG might be useful
when running certain applications.
Default DMZ Server
The default DMZ server feature is helpful when you are using some online games and
videoconferencing applications that are incompatible with Network Address Translation
(NAT). The router recognizes some of these applications and works correctly with them, but
other applications might not function well. In some cases, one local computer can run the
application correctly if that computer’s IP address is entered as the default DMZ server.
WARNING:
DMZ servers pose a security risk. A computer designated as the
default DMZ server loses much of the protection of the firewall and
is exposed to exploits from the Internet. If compromised, the DMZ
server computer can be used to attack other computers on your
network.
The router usually detects and discards incoming traffic from the Internet that is not a
response to local computers or a service that you set up in the Port Forwarding/Port
Triggering screen. Instead of discarding this traffic, you can have the router forward the traffic
to one computer on your network. This computer is called the default DMZ server.
 To set up a default DMZ server:
1. On the WAN Setup screen, select the Default DMZ Server check box.
2. Type the IP address.
3. Click Apply.
previous next