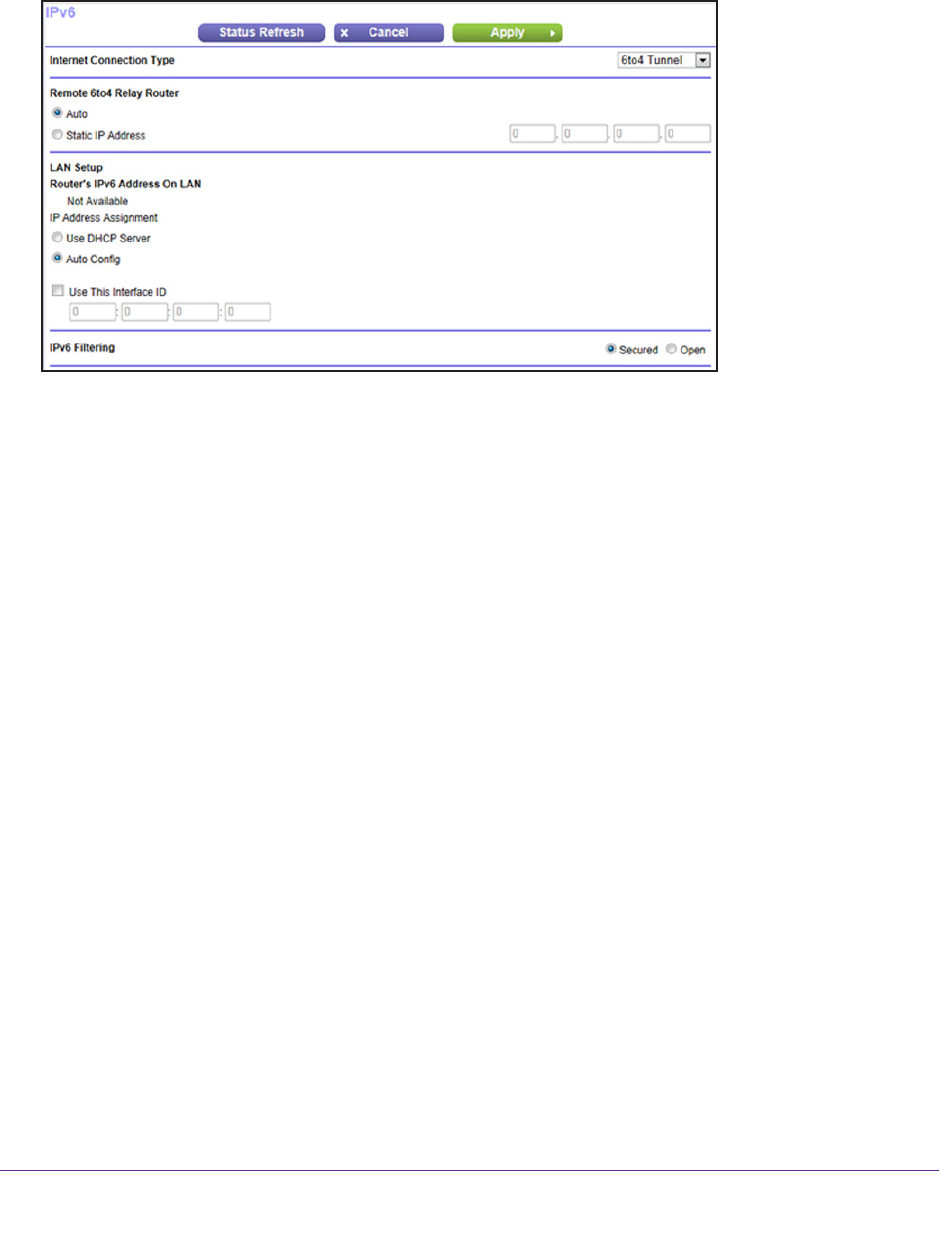 Advanced Settings
96
N600 Wireless Dual Band Gigabit Router WNDR3700v4
6to4 Tunnel
In the IPv6 screen, when you select 6to4 Tunnel from the drop-down list, the following screen
displays.
The following fields are included in this screen:
Remote 6to4 Relay Router.
The remote relay router to which your router creates the 6to4
tunnel. If your ISP provides the address of its own relay router, you can put it here. You can
also leave the setting as Auto and the router uses any remote relay router that is available.
The 6to4 tunnel connection needs the IPv4 Internet connection to be working first.
The other settings are the same as for Auto Detect mode. See IPv6 LAN Setup and IPv6
Filtering on page 94.
Pass Through
In this mode, the router works as a Layer 2 Ethernet switch with 2 ports (LAN and WAN
Ethernet ports) for IPv6 packets. The router does not process any IPv6 header packets.
previous next