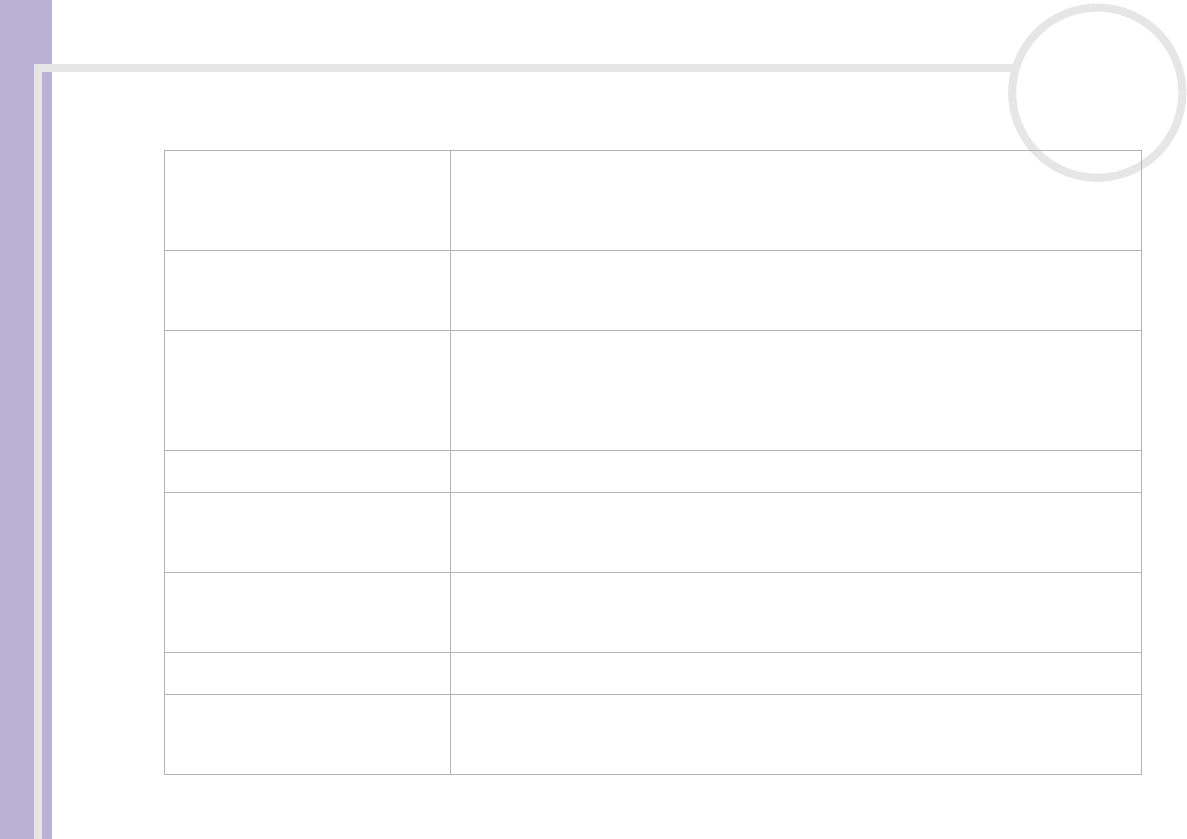 Sony VAIO Desktop User Guide
Glossary
91
nN
Operating system
The operating system is software that manages all the other programs in a computer. It
defines how the computer reads and writes information to its disks (and other hardware).
Windows 2000, Windows Millennium Edition, Windows XP Professional and Windows XP
Home Edition are examples of operating systems found on VAIOs.
Partition
A partition is a logical division of a computer’s hard disk. A two-partition hard drive would
typically contain C: and D: drives. Partitioning is particularly useful if you run more than one
operating system or to clearly separate your data files from your installed software.
PBX
A PBX (Private Branch Exchange) is a private telephone network within an enterprise. Under
this system, the calls between the enterprise members are local and the phone numbers are
made up of 3 or 4 digits. Companies generally choose this phone system for internal
communication because it is less expensive than the regular network. The users can still
share a number of outside lines for making calls external to the PBX.
PC Card
A PCMCIA card. The term PC Card is more widely used than PCMCIA. See PCMCIA.
Pixel
A pixel (Picture Element) is a part of your screen. Your screen is made up of thousands of
pixels, enabling you to see colours and pictures on it. The more pixels, the higher the
resolution and the better the image quality.
Processor
The processor is the brains of the computer; it processes the instructions of your system’s
programs. The processor is also known as the CPU or microprocessor and can be found on
the motherboard (see this word) of your computer.
PS/2
A type of mouse or keyboard port, stands for Personal System 2.
PSTN
PSTN (Public Switched Telephone Network) refers to the plain old telephone service, the
national telecommunication networks implementing voice transmission by using analog
signals.
Term Definition
previous next